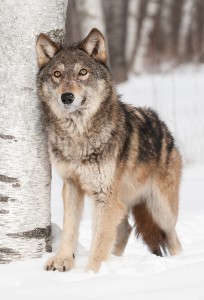 The nature of wolves is something the average person doesn’t usually give any thought to.  And yet most Native Americans are very aware of the wolf nation, their gifts and their nature.

So I thought it would be worth a blog post.  Because wolves are in great danger now, and they need our help.

My first introduction to the nature of wolves

Years ago, my very favorite TV show was “The West Wing”  — a fictional show about what goes on behind the scenes in the running of the presidency and our country.

No one in the West Wing ever looked forward to those meetings; they considered the people coming to meet with them to be promoting off-the-wall causes.  But they had to take these meetings; it was part of their job.

And here was the great part:  by the end of each meeting, each west wing staff member usually had “got it” – they were convinced by the presentations and ready to champion their cause.  And the viewer got educated as we watched each presentation, too.

The fictional proposal that stands out in my mind was the presentation made to fictional White House Press Secretary CJ Cregg for the protection of wolves.  Specifically a $900 million highway for wolves that facilitate their safe travel from Yellowstone to Banff National Park in Canada.

I learned that wolves have to breed with many packs in order to keep from becoming extinct.  Because if they only breed within their pack, they’ll produce offspring that are genetically weaker, thus endangering their long-term survival.  Breeding with other packs assures their long-term survival.  What’s remarkable to me about that fact is that: the wolves somehow know this!

The journeys of these wolves can be dangerous: across highways, housing, forests denuded of trees and over the U.S./Canadian border. Pluie, her mate and three pups were legally shot and killed by a rancher in Canada in 1995.

So the fictional proposal in this fictional TV show was to build a wolves only highway, to ensure their safe travel.

Initially entrenched in the stand that, “this will never happen,” CJ ends up a passionate advocate for wolves and their safety:  “Why can’t we build schools and protect wildlife at the same time?”  Good question.

Of course, that was all fiction.  Now lets move on to reality.

“Wolves are probably the most misunderstood of the wild mammals. In spite of the negative press, wolves are almost the exact opposite of how they are portrayed. They are friendly, social and highly intelligent. Their sense of family is strong and loyal, and they live by carefully defined rules and rituals.”

To Native Americans, the wolf’s attributes include:

Here’s why protecting them is important:

Wolves are a keystone species

Wolves are a “keystone species,” meaning they play a critical role in maintaining the structure of an ecological community.  This is another example of the interconnectedness of everything in life and the fact that “we are all related.”

Science doesn’t support the idea that we need to control populations of bear, wolves, etc.  They control themselves.

The problem: genocide under the guise of politics

By 1945 the American Grey Wolf was hunted to near extinction in the continental United States.

In the 1970s they were placed on the Federal Endangered Species List.

In the 1990s wolves were reintroduced to Yellowstone from the Canadian wilderness and have been thriving.

America’s grey wolf [the most common species] is being moved off the U.S government’s Endangered Species List, which means are losing Federal protection in the continental U.S.

And that means they are in trouble because the states where they are most plentiful [Wyoming, Montana, Idaho, Michigan] are opening up hunting on wolves.

The pressure to delist wolves from the endangered species list has come from state officials, hunters and ranchers.

Cattle ranchers want to be able to kill wolves because of the potential of wolves to kill livestock if they travel outside of Yellowstone.  I emphasize the word “potential.”  In fact, outside Yellowstone, cattle losses from wolves are less than cattle owners projected.

Hunters don’t want wolves to kill deer and elk, the wolves’ primary food source in some states, because the hunters want to kill deer and elk themselves.  But keep in mind what I said before: wolves kill the old and weak while hunters kill the healthiest.  They’re not even competing for the same elk and deer!

What does that have to do with me, you might ask?  Everything.

It is one more example of the importance of practicing the seventh generation principle.

What the experts say

Scientists and conservationists say the reasoning for the delisting of wolves is flawed.

Ja. S. Mallonee in “Hunting Wolves In Montana — Where are the Data?” Nature and Science 2011; 9(9) says that the argument for wolf hunting is based on flawed science and incorrect data as opposed to facts.  And that, “the absence of verifiable data suggests that management decisions are often based on opinion and politics rather than science.”

And I would add one more reason to protect wolves: they belong here.

The conclusion of Farley Mowat, author of Never Cry Wolf

“We have doomed the wolf not for what it is, but for what we deliberately and mistakenly perceive it to be — the mythological epitome of a savage, ruthless killer — which is, in reality, no more than the reflected image of ourselves.”

What you can do to help: [and it will only take you 5 minutes]

As I was researching the situation of America’s wolves for this post, I became very sad.  I have the same love and respect for wildlife as I do for my own companion animals.

And my emotions brought to mind a powerful scene from the Meryl Streep/Robert Redford film, “Out of Africa.”

After years of living in Kenya, the Danish writer played by Streep goes down on her knees before the British governor to plead for land for the Africans who live on her bankrupt farm.

Her logic is eloquent and profound in its truth and simplicity:  “It’s their land, you see – we took it away from them.”

And such is the case of all wildlife in North America: they were here first and it’s our duty to learn to co-exist and protect them, not destroy them.

If we don’t, what kind of legacy are we leaving for those who come after us?

Seven generations ahead, do you want your descendants to be asking, “Why are there no more wolves?”

Please use your voice to speak up for these magnificent creatures.  That is a solid example of what it means to live by the seventh generation principle.