Can pessimism be helpful? 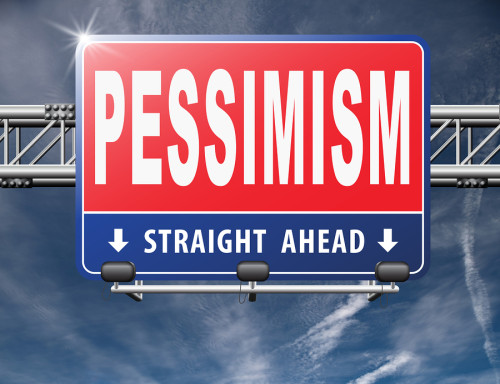 Can pessimism be helpful?

Not that there’s anything wrong with critical thinking and trying to be aware of potential obstacles.

But I’m talking about people who are negative for the sake of being negative.  Because they have not succeeded, they don’t want anyone else to succeed either.

I like to increase my odds of success by being a thorough researcher.  So when I was working on The Wind Is My Mother, I took a class on how to get a non-fiction book published and did absolutely everything suggested.   It worked.

Part of the process was to draft a query letter and send it to literary agents willing to accept them from an unknown author.

My roommate at the time told a writer friend of hers that I had sent out query letters and her friend’s reply was, “Now she can sit back and wait for the rejection letters along with the rest of us.”

Wow!  Talk about pessimism.  [Note to self:  don’t share my dreams with people who will try to tear them down].

But you also have to find balance between holding the energy on something so the nay-sayers can’t tear you down versus sharing your dream with those who will support the dream.

In other words, choose your friends wisely.

12 years ago I set a goal of going to Ireland.  I had no money for it but I told all my supportive friends that I was going to do it [not wanted to – would do it!]  The money manifested in a wonderful surprising way and I went!

So what I am saying is:  shed the naysayers.  They don’t support you blossoming into the person you were meant to be.

And don’t be discouraged by failures

The pessimists would prefer we not try or that we give up after the first obstacle.

Fortunately for us, some of our greatest athletes, writers and inventors didn’t let their failures deter them.  To me, that’s what separates the successful from the unsuccessful.

You may find some inspiration from the following successful people who didn’t let pessimists or obstacles stop them:

Here is a list of famous books and the number of times they were rejected:

Success belongs not to the most talented, but to those who perservere.

Give gifts of inspiration and health this holiday season!

How Meditation Made Me A Better Golfer

Are we waking up? Or falling asleep? Why meditation matters.

Memorial Day: More than the start of summer!
A new book on meditation during these trying times.
Why I’m Hopeful… Our Golden Opportunity
You’ll never walk alone!
The Iroquois Creation Story of the “Milky Way”
Are you impeccable with your word?
Sleep: Your life depends on it!
Winter Solstice 2019: Commit to Being the Light In the New Year

8 reasons why I don’t text. And a few reasons why others should
The History of the U.S. Constitution We Weren’t Taught in School
Prophecy of Crazy Horse
Reincarnation: how to know if you lived before
What is the 7th Generation principle and why do you need to know about it?
The Winter Solstice – why it’s the true new year
The U.S. Constitution and the Great Law of Peace
My heart broke Tuesday night
Sacred Fire: the manifestation of Spirit
Tobacco: Do you know how sacred it is?