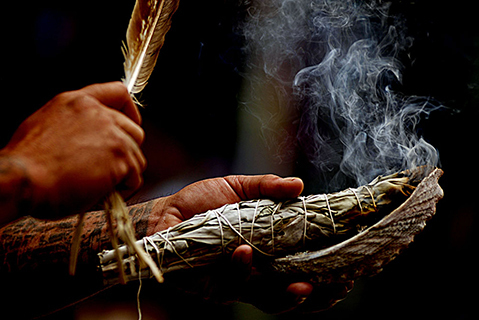 To me, Veterans’ Day, celebrated this Wednesday November 11, just isn’t enough to honor what our veterans have done for this country. We could learn a lot from how Native Americans take care of their veterans.

And I am deeply saddened by the lack of support and care our veterans receive today.

Yes, war is horrendous, and perhaps if women were running the world there wouldn’t be any wars.  But those who did their duty and fought for us deserve better than one day to celebrate them.

THE CURRENT CRISIS IN OUR MILITARY CARE

Military suicides are at record levels.  Here are some startling statistics:

More U.S. Military personnel have died by suicide since the war in Afghanistan started than have died fighting the war.

Among all veterans, a suicide occurs every 80 minutes, round the clock.

While the Pentagon offers a crisis hotline, waits can be long.  Earlier this year, helicopter pilot Ian Morrison called the hotline and waited on hold for 45 minutes; his last text to his wife said, “STILL on hold.”  He committed suicide later that day.

It’s not only those seeing combat. Nearly 1/3 of the suicides from 2005 to 2020 were among troops who had never deployed; 43% had deployed only once.

95% of military suicides are male.

The Pentagon allocates 4% of its $53 billion annual medical budget to mental health. Recently retired Army second in command, Peter Chiarelli, says that isn’t nearly enough money, and that those who seek help are often treated too briefly.

The Army has only 80% of the psychiatrists and 88% of the social workers and behavioral-health nurses recommended by the Veterans’ Administration.

Troops returning from deployment are required to do psychological self-assessments. Those filled out anonymously are two to four times as likely to report depression or suicidal thoughts.

Independent investigations have turned up reports of soldiers being told to tone down their answers or jeopardize their careers.

36 percent of the Vietnam veterans studied demonstrated alcoholism or significant alcohol-related problems which could develop into alcoholism.

The U.S. Department of Veterans Affairs estimates that 131,000 veterans are homeless on any given night. And approximately twice that many experience homelessness over the course of a year. Conservatively, one out of every three homeless men who are sleeping in a doorway, alley or box in our cities and rural communities has put on a uniform and served this country.

While autism is on the rise in the U.S., it is diagnosed in military children at double the national average, striking one out of 88 children.  90% of military children diagnosed with autism are not receiving applied behavior analysis therapy, or ABA, which can make a huge difference in the lives of autistic children.

One theory is that autism may be caused by the massive number of vaccinations our soldiers receive, and in turn something is passed on on to their unborn children.

Historically, Native Americans have the highest record of per capita military service when compared to other ethnic groups.  In spite of losing their land to the U.S. Government, North America is still their land and they are proud to defend it.

Another reason would be their proud warrior tradition which is exemplified by the qualities they cherish:

These qualities are a good fit with military traditions.

Native American tribes would traditionally perform ceremonies of protection before warriors went into battle, and after the war to help them recover from the effects.

It is a traditional Native American teaching that war effects a soldier’s well being and makes it very difficult for him or her to come back and live a normal life. They have seen death, perhaps killed.  This is why Native American tribes even today have special ceremonies to help bring a soldier’s life back into balance of body, mind and spirit.

“I had nightmares thinking about the blood. The Japanese and the smell of the dead. Rotting Japanese and they probably got into my mind. And they had a Squaw Dance for me in Crystal. And I imagine they killed that evil spirit that was in my mind. That’s what it’s about. There’s a lot of stories there. It takes a long time to talk about it. It usually takes a medicine man to explain everything properly. But it works.”  —John Brown, Jr., Navajo Code Talker, National Museum of the American Indian interview, 2004 [source: http://nmai.si.edu/education/codetalkers/html/chapter5.html]

Native American healers take their veterans into the purification [“sweat”] lodge before they rejoin the community because they have been around death, and that negative energy must be removed from them in order for them to go on and live a fruitful life.

“When they’ve been overseas in combat, there’s a part of them that is left there,” says Shoshone Paiute medicine man Arnold Thomas.  “So when we have the ceremonies, there are certain prayer songs that I offer and make that effort to bring their spirit back home.”

Veterans are always respected and honored in the tribes.  Native people often go to veterans for advice because they have strong mental abilities as a result of their many experiences.  They are also given prominence at tribal events

Because many Native Americans are also Christian, they would also participate in prayer meetings to pray for their well-being

“We have a ceremony for warriors returning from battle or, in modern times, the armed forces, where they were exposed to much death and bloodshed.  We say it weighs heavily on the mind when someone witnesses death, so this ceremony washes away the negative feelings and sense of loss.  If you fill that space with something else, what you’re doing is employing the law of physics that says no two things can occupy the same space at the same time. So get it out and put something else in. If you’ve got a negative, put a positive in. They can’t both be in the same place at the same time.  Clean it all out.”  Bear Heart in The Wind Is My Mother

The Native American purification lodge is being offered to veterans at the Salt Lake City Veterans Administration Center.  Conducted by a medicine man, these ceremonies are helping veterans overcome symptoms related to Post Traumatic Stress Disorder (PTSD), and are drawing increasing numbers of non-native veterans.

This is a great start.  In addition to encouraging our government to provide more funding to help our veterans, perhaps its time to make such ceremonies more available to all our returning soldiers.