The Winter Solstice – why it’s the true new year 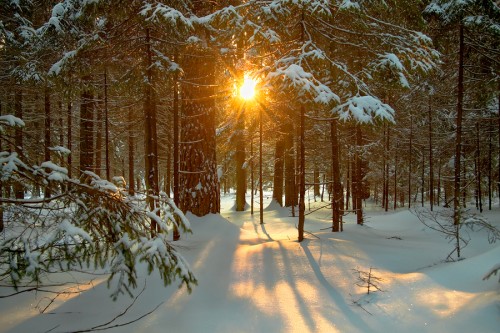 Winter Solstice is the day when light is reborn out of the darkness of winter. Our days start to become longer and lead us back to the beauty of spring and the warmth of summer, stretching towards their peak at the Summer Solstice.

Most ancient cultures celebrated this return of light and life with feasting, music, light and fire, and for many, it was the true beginning of the New Year.

It was so important to the pre-Celt ancients of Ireland that they spent over 30 years building a monument to the returning sun: Newgrange.

Older than Stonehenge and the pyramids of Giza, it was designed so that on the Winter Solstice, the rising sun shines directly along the long passage into the inner chamber and for 17 minutes illuminates the chamber floor and the symbols etched on the back wall.

What did the Ancients know that we don’t?

It’s hard for the modern mind to imagine spending 30 years building something to celebrate a three-day event. Yet, that’s how important the Winter Solstice was to the ancients.

There are still traditional cultures around the world today that believe that the ceremonies they conduct on a daily, monthly and yearly basis keep the earth spinning on its axis. I share their belief.

The sun has never missed a day of brightening planet earth, but do we want to take that for granted?

We would not be able to live without the sun — it brings warmth and light and allows growing things to flourish.

The time of the Winter Solstice is rich with meaning

Solstice ceremonies traditionally involve fire, which represents the sun, and an invitation to the sun to return to bring us warmth and light.

The Christmas trees and wreaths we use at this time of year represent a prayer for the return of the green.

The circular wreath represents the circle of life — everything returns and comes full circle.

Holiday lights represent the Solstice fires of old, celebrating the sun and inviting its return.

Let’s consciously turn on our lights, or light our fires, with a prayer for a return of the warm, sun-filled seasons of spring and summer, and celebrate the circle of life.

Winter Solstice is a time to go inside

Winter lends itself to introspection. The original Winter Solstice celebrations were 12 days long [hence, “The Twelve Days of Christmas”].

This is the time to take a break, and digest the events and lessons of the past year, before blossoming forth into the new.

Our failure to take down time in winter may be one reason we get colds and the flu this time of year!

The beginning of the New Year is an excellent time to set our intentions for the next year and leave behind what no longer serves us.

I have held Winter Solstice ceremonies for many years to celebrate this time of endings and new beginnings. Here’s what I include, in case you would like to have one of your own:

And by the way: the Winter Solstice of 2012 was NOT the END…

What it did signify in the Mayan system was the end of one calendar and the start of a new calendar: the time of new beginnings.

“And I would like to say that according to the Mayan calendar the 21st of December is the end of the non-time and the beginning of time.

It is the end of the Macha and the beginning of the Pacha.

It is the end of selfishness & the beginning of brotherhood.

It is the end of individualism and the beginning of collectivism.

The end of hatred and the beginning of love.

The end of lies and the beginning of truth.

It is the end of sadness and the beginning of joy.

It is the end of division and the beginning of unity.”

Last year I asked us all to commit to renewing our lives to live in such a sacred manner during our next walk around the sun.

How did it go for you in the past year?

I invite you to recommit to living the principles of peace, love, truth, joy and unity in the coming year.

Wishing you a blessed holiday season!

If you celebrate the Solstice, please feel free to share about it in the comments section below.