Sacred Fire: the manifestation of Spirit 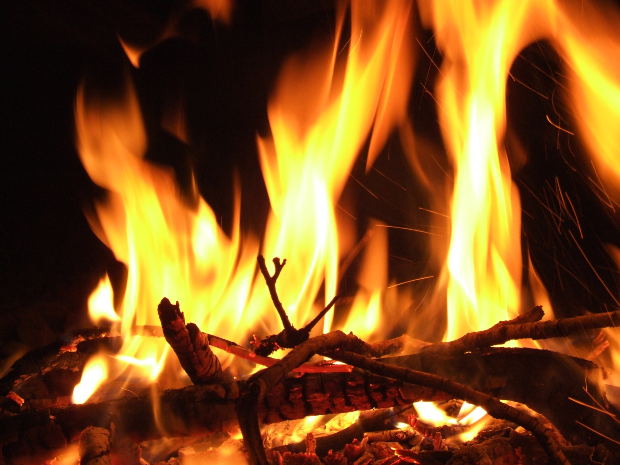 “The Sacred Fire used to heat the rocks represents the eternal fire that burns at the center of the universe.” Dr. A.C. Ross, Lakota

I don’t believe I have ever been to a Native American ceremony that did not incorporate Sacred Fire.

Fire is a gift from the Creator. It is spirit made manifest.

It is untouchable yet touches us with it’s warmth and light.

When we learn how to communicate with it, our lives are enriched.

Just as the sun provides warmth and light, and allows growing things to flourish, fire warms our homes and cooks our food, and lights our way in the dark.

Even without looking for deep, spiritual meaning, fire is certainly mesmerizing. What is more relaxing than sitting and watching a fire?

Does fire have a consciousness?

In 2002, a friend put up a community purification lodge on his property in Malibu, California. It was built in the traditional way, with prayer and respect and offerings of tobacco.

The following January, a devastating fire moved through the Malibu mountains. That fire moved up the hillside toward my friend’s house very rapidly, and it appeared the house would be consumed along with so many others on the hillside.

Then an amazing thing happened. The fire split in two, and went around the lodge, horse arena and house, before coming back together on the far side.

A fluke of nature?

Or were the spirits of the land and the fire protecting that lodge and home because this little house of prayer had been built in a respectful manner and held many ceremonies?

In The Sacred Pipe: Black Elks Account of the Seven Rites of the Oglala Sioux (The Civilization of the American Indian Series)

, fn. 30, the following is shared about the sacredness of fire:

“For the Sioux, the fire at the center [of the tipi] represent Wakan-Tanka [Creator] within the world. To emphasize the sacredness of this central fire, it should be recalled that, when the Sioux were still nomadic, a man was appointed to be the keeper of the fire, and he would usually have his tipi at the center of the camping circle. When camp was moved, this keeper would carry the fire in a small log, and when camp was set up again, each lodge would start its fire from this central source.”

“Then there is the spirit of the fire. In our Indian way, we say the fire is the sun here with us. The sun shines on the trees for days, weeks, months and years and the wood absorbs that sunlight. Then the tree is taken down and when we put a flame to it that sun is now here with us in the form of fire.

“We also say fire came to us a long time ago so it’s our Grandfather. When that wood burns up it turns gray, like an old man, a Grandfather, and we give it the same respect we give our elders. To be a fireman in our ceremonies is a position of great honor. Non-Indians have a fireman who puts the fire out. Ours starts the fire.

“When a fireman handles the fire he handles it very gently because he’s handling an old person. He doesn’t shove the wood around because dishonoring the fire has its penalties — it can warm us, give us energy and cook for us, but it can also burn us, our loved ones or our homes. So we always respect that fire. We’re very gentle with it, like an old person.

“And then, when our firemen put the flames out, they do it very gently. They don’t just take water and douse it all at once. They do it very gently, because they’re not putting the fire out, they’re putting Grandfather to sleep. They’re thanking Grandfather for helping us and saying, “Now, you’ve earned your rest. We thank you for helping us. There may be a time when we’re going to have to wake you up again and ask you to help us. But right now, we want you to sleep.”

“The fire that burns in our fireplaces is the eternal fire, it is the sun here with us, lighting our way. Among the different Indian tribes, we respect the fire that way.”

Druids and shamen use sacred fires for divination. Druids would read the shape of the smoke.

Bear Heart and other Native American’s I know would read the coals for information and messages. And they would send their prayers out on the smoke, to be carried up to the Creator.

The ancient Celts would keep the hearth fire lit year round. It was only allowed to die on the Beltane festival on the First of May, when it was ritually rekindled.

The hearth fire was the center of Native American and Celtic family life. It provided warmth and light and food to be cooked. Evening storytelling would take place around the warmth of the fire, as its light played with shadows and created a mystical environment.

The burning bowl ceremony is a very powerful way to release those mental and emotional issues you no longer want to hold on to, and to pray for new things to come into our lives.

The power of intention is what helps this release take place for you.

I also use the burning bowl for the purpose of calling in new things: just write on the paper what you want, and follow the same steps.

How to care for Sacred Fire

Lakota elder Wallace Black Elk taught me that, when tending a fire, it’s important to occasionally offer it cedar as an honoring.

Bear Heart taught me that 3-4 times each winter I should offer raw meat to the fire in my home; that by making these offerings the fire would be satisfied and not take anything else. So I offer a nice cut of steak several times each winter.

Keep your fire neat and your hearth clean. It represents how you take care of your life and loved ones.

If it is a fire you will use for ceremony or prayer, don’t throw trash in it.

During the winter months, I have the fire going 24/7 and it adds a lovely warmth to my home. I rekindle the fire every morning, offering it cedar and singing a fire honoring song, then I sit in prayer and meditation. I can’t imagine a lovelier way to start the day.

So the next time you sit by, or start, a fire, I hope you can see it in a new light. As a gift that can take away our sorrows, and take our prayers and intentions for a new life and send them out into the universe to become manifest.

And there is no greater gift than that.