Reincarnation: how to know if you lived before

Do you believe in reincarnation?

Were you here before?

How will you know?

Does it even matter?

Reincarnation is the spiritual belief that when we leave our physical body, our souls eventually re-enter another physical body and we live another life. Possibly over and over.
But perhaps we don’t need to reenter a physical body to live again, because consciousness may very well survive death, the brain and the body!

The Roman poet Lucan summarizes the Celtic attitude to death as follows: “Death is the middle of a long life.”

I once asked my Muskogee Creek teacher, Bear Heart, if Native Americans believe in reincarnation.

This was his one word answer: “Yes.”

He also once told me, when I was asking him a barrage of questions. “You know, some of these things you can figure out for yourself.”

So I pondered his “yes” and put it together with everything I’d learned along the “red road” – the Native American spiritual path.

The Native Americans I have met talk about our ancestors who came before us being available to watch over us and be called upon to intercede through prayer.

I think of those ancestors as somewhat analogous to guardian angels. They’re not ghosts, not lost souls; they exist in some sort of afterlife and are simply watching over us and happy to help when we need it.

To many indigenous people, whether a soul comes back into a physical body or not is irrelevant. Those ancestors who have gone on are so highly revered and remembered, it’s as if they never left.
Everything is related and the veil between the worlds is thin. Physical or non-physical is all the same.

According to data released last year by the Pew Forum on Religion and Public Life, a quarter of Americans now believe in reincarnation.

Members of Eastern religions such as Buddhism, Hinduism and Sikhism also believe in reincarnation.

There is even evidence that the early Catholic Church taught reincarnation, but it was removed from the teachings in the early centuries. This is a much debated point, and I’m not going to argue it one way or the other in this post.

These are some of the signs that you may have lived before:

Unexplained phobias that have no basis in this life.

I used to have an irrational fear of moths. [Yes, really!] On a visit to the Australian outback eight years ago, I suddenly found myself sharing the outhouse with a moth larger than my hand. Total meltdown on my part! And there may have been some screaming, too.

My host came to my rescue and escorted me back to the house through hordes of Australian Gum moths flying through the air. Once at the house, the moths flung themselves against the window to get to the light! More weeping and gnashing of teeth!

I was told these giant moths only manifest once every five years to lay eggs, and a few weeks later they are dead. So they apparently manifested just for my visit!

My hostess, a gifted healer, led me through a past life regression to find the source of my fear. We went back to a past life when I was standing high on a parapet at night and was startled by a group of bats flying right by me, causing me to fall to my death. Since the moths I saw were the size of a bat with a 5” wing span, the connection made sense.

In any event, we worked on the issue and I haven’t been afraid of a moth since!

Extraordinary talents: there are people who can sit down and play an instrument with no lessons. When children pick up talents very quickly perhaps it’s because they were proficient in a past life.

Unexplained aches, pains and illnesses. People may also carry illness and wounds from a past life.

A colleague of mine worked with a client with a bad throat. Doctor’s found nothing wrong with the patient, so my friend did a past life regression and discovered the patient was killed by an arrow in the throat in a past life.

Within two days his throat problem cleared up.

I have also worked with clients who have unexplained pain that cleared up after a few healing sessions. I have no doubt these were pains that came with them from a previous life.

Frequent déjà vu. Déjà vu is having the strong sensation that an event or place has been experienced in the past. Perhaps because it was!

Meeting people for the first time who you feel you’ve known before.

Have you met people in this life who you felt sure you’d known before? I certainly have. There seems to be an instant familiarity and comfort.

Some spiritual teachers say we travel with soul groups and, before being born into this physical body, agree to meet with others from our group in this lifetime.

Then again, there may be others with whom you are immediately uncomfortable. This can also stem from a bad past life relationship that needs to be worked out.

The theory is that this life is just a classroom for us to learn lessons and either grow, or not. When we die, we go back to a “life between lives” where our teachers help us process the lessons learned in this life.

If you subscribe to the theory that there is a life between our lives on earth, it makes events in our lives easier to deal with, particularly the hard ones because this is just a classroom. We either learn our lessons or don’t. And we keep coming back until we do.

That could be good motivation to get it right this time.

You can learn more about life between lives in Michael Newton’s fascinating book, Journey of Souls: Case Studies of Life Between Lives

Conscious past life memories of children 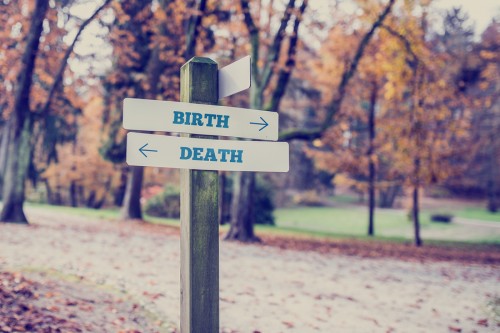 There’ve been many stories in the news lately about young children who remember past lives. These stories have been recounted in Jim B. Tucker’s remarkable book, Return to Life: Extraordinary Cases of Children Who Remember Past Lives

Past life studies Dr. Helen Wambach is a researcher who started out in the 1960s with the intention to debunk reincarnation. But after finding consistent verifiable recollections among her 1000+ subjects, she concluded:  “I don’t believe in reincarnation – I know it!”

None of this is provable scientifically, and it really doesn’t matter. What matters are two things:

First, Are you living as your best you this time around?

Striving daily to be kind, courageous, compassionate and forgiving?

Second, there is more to life and this world than we’ve been led to believe by watching TV and reading the newspaper.

It’s time to expand our horizons and see the world for what it is: utterly mysterious and beautiful. An interconnection of energies and consciousness that can allow us to expand far beyond anything we’ve experienced heretofore.

What an exciting adventure. So let’s open our minds, be amazed, and find miracles in every moment!

And remember the words of Chief Seattle:  “There is no death, only a change of worlds.”