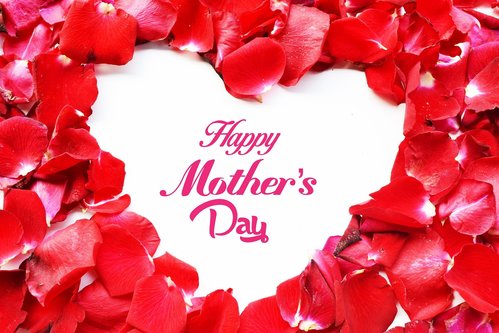 In honor of Mother’s Day, I would like to share the memoriam I wrote after my mother passed away 19 years ago.  I hope it can serve as a reminder of the little things we should cherish every day.

My mother went home to her ancestors on October 13, 2002 in Hospice House, Holland, Michigan, surrounded by her family.

When her health started failing the previous February, my mother told my father that she was ready to go, that she’d had a good life, they’d done most everything they wanted to and she had no regrets.

Rita Iva McCallion was born in Brooklyn, New York in 1919, the granddaughter of Irish immigrants.  My father is the son of Irish immigrants and I’ve always been proud of that fact that my heritage is 100% Irish.  And if you’re Irish, family is everything.

Mom loved being a wife and mother.  I remember from childhood that any time she had to fill out a form that asked her occupation, she didn’t write “housewife”, as most women of her day would — she always referred to herself as “homemaker.”  She was proud of that, and she was very good at it.

She prepared three good meals a day and got up early to fix breakfast for us, even after my brother and I were long old enough to prepare our own.

She kept a beautiful house, and was a gracious hostess — she had 12 place settings of her good china and she used them often.

I never heard her gossip or say an unkind word about anyone.

She was good at fixing things and finding things.  If it was lost, she’d play detective and track it down.  She was also very handy, teaching herself how to do many home repairs rather than pay someone else to fix it.  [She was Irish, after all!]  She even taught herself to rewire lamps, a skill she passed on to me.

She always claimed she wasn’t very smart, but she was a voracious reader and we always fought over whose team she’d be on at family Trivial Pursuit games.  She always knew the answers to the history and geography questions that no one else could answer.

She was also prophetic.  She told me that in the 1940s she was standing on the front porch with friends, looking up at the night sky and she predicted that in her lifetime, man would fly to the moon.  Her friends said she was crazy.

A few years after I’d graduated from college, I was living at home while attending paralegal school.  Years later I came to realize that the reason she encouraged me to work in the legal profession was the hope that I’d marry a lawyer.  It became a running joke between us that during our weekly phone conversations she’d ask if I’d met any nice young lawyers and I’d always reply, “Mom, there are no nice young lawyers.”

The paralegal course was at a local college, close enough that I rode my bike to and from class every day.  One rainy afternoon I found my mother parked at a corner she knew I’d pass on the way home– even thought I was in my mid-20s, there was no way she was going to let me ride my bike in the rain.  Being an outdoors woman, I would have been happy to ride in the rain, but I also knew the importance of accepting a gift graciously so I dutifully loaded my bike in the trunk and let her drive me home.

In her later years when her children felt she’d earned a good retirement from housework, she  always asked what she could to do help. Three years before her death, my parents were visiting me and we were expecting my niece and nephew to join us for Thanksgiving.

My cleaning lady, who was scheduled to clean the house the day before Thanksgiving, called that morning and said she was sick and couldn’t come.  My mother’s response was, “I’d better get busy!”  She cleaned my entire house while I was at work, and this was after her first hip fracture, when she didn’t get around that well.

Even in the last two months living with my brother and sister-in-law, with her health failing, she wanted to be useful so she’d fold the laundry as best she could.  She always wanted to make a contribution.

Mom never lost her sense of humor and we had quite a few laughs together during her final days in hospice. At one point I played a CD of lovely, lilting Irish music — what I’d want to be listening to if I were getting ready to make my transition.

Then my brother remembered that my mother always said she didn’t like sad Irish music, so my sister-in-law asked her if she’d like to hear some Irish jigs.  Mom really couldn’t speak any more, nor open her eyes, but somehow managed to say “sure.”

So we put on CDs of Irish jigs and folk songs and sang along with the ones we knew, and my mother died with a smile on her face.

She was always gracious, humble, kind and funny.  She did a good job at everything she undertook.  We miss her terribly, but the many happy memories we shared as a family will fill our heart forever.

If your mother is still living, cherish her every day.  If she is gone, honor her memory however you can.