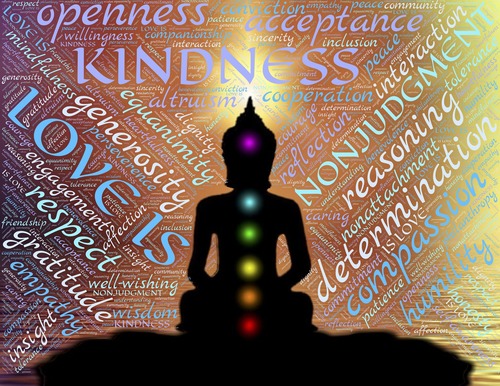 Are you impeccable with your word? Because in this day and age, most people are not, and it’s negatively affecting all of us.

We live in an era of “fake news,” when what we read on social media sites may well be made up. Yet, if the stories align with our own views, we’ll press the “share” button without bothering to verify if it’s true.

Social media giant Facebook announced it wouldn’t even try to fact-check political ads, many of which are full of lies.

That is the crux of what is wrong in the world. We only care about our viewpoint, and not who may be hurt by it.

Years ago I read an interview with actress Susan Sarandon in which she told a story about her daughter’s 11thbirthday slumber party.   The girls were always gossiping so Ms. Sarandon suggested the ground rule that they not talk about anyone who wasn’t there.

One girl’s astonished reply was, “Then what are we supposed to talk about?”

According to Miriam-Webster.com, gossip is defined as “a rumor or report of an intimate nature.”  A person who gossips is one who “habitually reveals personal or sensational facts about others.”

I find it an oddity of human nature that so many people love to gossip and put down others.  Perhaps it gives them a feeling of superiority to be establishing that someone else is inferior to them.

Or maybe they’re establishing they’re part of an in-crowd by creating an out-crowd.

I believe we all know the fallacy of the childhood rhyme, “Sticks and stones may break my bones, but words can never hurt me.”  Gossip and taunts are cruel and unkind and add no value whatsoever to the planet we all share.

It seems that many children learn to bond with one another by either picking on or gossiping about another person or group.  Hence the problem with bullying in schools today.

Or perhaps we just have such poor conversation skills and role models we don’t know what else to talk about!  Aside from parents and teachers, children learn behavior from television and movies. And most TV shows and movies seem to be full of gossip and bad behavior.  No wonder it’s a national problem!

A friend of mine came up with a wonderful reply to use when people asked her about someone else’s business: “It’s their story to tell.”  That means resisting the urge to be a reporter.  It’s also a version of, “the buck stops here.”  Take responsibility for stopping gossip in its tracks.  You and the planet will be better for it.

“Gossip is black magic at its very worst because it is pure poison.”

Why gossip and negative language is bad for us

Perhaps this will be some motivation for you:

Research has shown that the subconscious mind only hears the words, not who the words are about.  If you speak negatively about someone else, your subconscious receives the message as being about you.  So of course you’re going to feel bad!

Native Americans understood this – Native American elder Bear Heart taught that if you point a finger of scorn at another, you are actually pointing three fingers back at yourself!

Japanese scientist Dr. Masaru Emoto has written best-selling books on his research with water crystals.   He has established that molecules of water are affected by our thoughts, words and feelings.  He photographed frozen water in petri dishes which had different words and phrases taped to them.

Crystals formed in the dishes with positive words and phrases on them were like beautiful snowflake, while those formed with negative words on the dish were ugly and deformed.  In fact, one oncologist who saw the photographs said they looked like cancer cells!

Given that the average adult body has a water content of around 70%, this has huge implications.  If we speak or listen to negative words, it can negatively affect the water in our bodies and, therefore, our health!

The healing power of positive words

One by one the tribal members, including the children, recite to the offending person every good deed they have ever seen him perform, every kind word said, every positive quality.  This goes on until everyone in the tribe has had their say, even if it takes days.  Then they have a celebration to welcome the member back into the tribe.

The positive reminders and words are considered to have healed the “criminal.”  There is reportedly almost no crime in their society.

Think before you speak

It is a traditional shamanic teaching that, before you speak, you should ask yourself three questions:

If you can’t answer “yes” to all three questions, then don’t say it.

That might force you into a lot of silence, but silence is a very good thing!

If you absolutely, positively can’t hold back on sharing, write it down in a letter you only mail to yourself.  That may help get it out of your system.

“There are two good rules which ought to be written on every heart; never to believe anything bad about anybody unless you positively know it to be true; and never to tell that unless you feel that it is absolutely necessary, and that God is listening while you tell it.”   – Henry Van Dyke

Here’s my challenge: go 30 days without saying one unkind or negative thing about or to anyone, including political candidates. Just try it one day at a time and I think you’ll be amazed at how much lighter and happier you feel.

And you’ll be putting positive energy out into the world at a time when it’s needed more than ever.  Good luck!