A Native American Prayer to Manifest Your Heart’s Desire 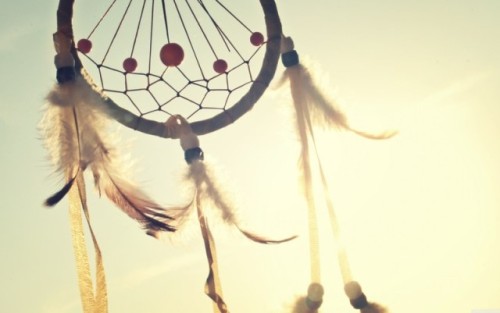 I think we’d all like to know a prayer to manifest our heart’s desire.  But if you’re like me, you may have found that sometimes your prayers are answered and other times they aren’t. Particularly if you pray for money.

So what’s the secret to a successful prayer?

My teacher Bear Heart taught me a prayer for money many years ago. The prayer isn’t so much how to pray for money as how to pray to make your living doing what you love.

It works. But you have to be clear that it’s what you want.

Here’s how the teaching came about: While I was working on writing The Wind Is My Mother, I had a full time job in a law firm.

Being highly observant and more than a little bit psychic, Bear Heart knew I loved the writing process much more than my law firm job. So he taught me how to pray to be able to make my living as a writer.

But here’s the catch: at the time he taught me this, I was not emotionally or mentally ready to leave the security of my steady law firm job.

Nor did I have the confidence to be a writer. Working on The Wind Is My Mother was a labor of love.   I didn’t know if there was any more writing in me.

So I didn’t do the prayer when he told me about it. But I have since, so I know it works.

An example of how to manifest your heart’s desire

Shelley had had a successful acting career, dating all the way back to her role as Sister Sixto on The Flying Nun TV series in the 1960s.

But in the 1990s, good roles for mature Hispanic women were few and far between and she confided to Bear Heart that she was considering giving up acting.

Bear Heart replied, “I don’t know that you need to do that. Tell me what your ideal role would be.”

Shelley replied she would like to have a good role as a third or fourth banana [that’s a show-business term] in a well-written comedy that had a meaningful message, and was filmed before a live audience.

This was on a Sunday night just before Bear Heart and Shelley were about to go into a ceremony. Bear Heart told her to be very specific in her prayers for that role during the ceremony.

Two days later, on a Tuesday, Shelley’s agent set up an appointment for her with the creators of the “Will & Grace” TV show. She was hired that day to play the role of Rosario and started work the next day.

Shelley played Rosario on “Will & Grace,” a ground breaking hit show about gays and lesbians, for seven years.

Pretty good answer to her prayer. And fast, too.

Once a week, sit at your altar and create a ceremony.   Light a candle and burn cedar, sage or incense.

Be specific as to what you want. And visualize yourself doing it. It’s that simple.

It’s actually another example of the Law of Attraction at work. Focus on what you want, and simply ask.

Consistency is the key. Do it every week and you will gradually find your situation starting to change. Your answer may not manifest as fast as it did for Shelley, but you will get an answer.

Gratitude is the part of prayer many people leave out. But why should Spirit give us more if we don’t show our appreciation for what we have?

If your prayer isn’t answered

If you don’t find yourself accomplishing the goal, there are three possible reasons undermining you.

Its important to be clear that YOU want the outcome you are praying for. Clarity leads to power.

Give this a try for something you sincerely want. Let me know how it goes.