Hopi Prophecy, the Mayan Calendar and the Weather in 2012

Ancient Hopi prophecy warned of a time of “earth changes” – a great cleansing involving all four elements.  The Mayan Calendar also calls this a time of transformation.  Might they explain the interesting weather we’re having in 2012?

Is it a scary thing, or part of the natural evolution of the planet and our consciousness?  Let’s take a look.

Signs of the Times

This spring I had three snake encounters, which I found remarkable since I rarely have even one snake encounter in a year. Three is a sacred number in ancient Celtic mythology and religion, representing unity of body, mind and spirit.

And the snake is a symbol of transformation as the shedding of skin represents rebirth.

Taken together, these signs spoke to me of the time of cleansing, transformation and rebirth we are now in, and the importance of gathering all the tools we can to assist us in learning to be all that we were meant to be and using all our talents to help the planet.

Here are just a few of the remarkable predictions of the ancient Hopi elders:

The Hopi knew that if they were not permitted to address the gathering of nations, the time of the great cleansing was very near.

But more recently, the Hopi Elders said this: “We are the ones we’ve been waiting for.”

So here we are.  At a crossroads.

The science and current weather patterns

All this is happening right now, around the world:

Climatologists think these events are becoming commonplace:  Instead of happening every 10-20 years, they are occurring every two to three. They say this is what the early stages of global warming looks like.

Where does the Mayan calendar fit in? 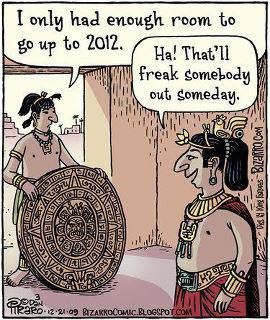 The Mayans were timekeepers and had many calendars, each for a different purpose.  The Tun Calendar dates back 16 billion years and is a calendar of the level of consciousness on our planet at any given time.

Non-experts have been claiming for decades that the Mayan Tun calendar’s end date of December 21, 2012, signaled the end of the world.  It doesn’t.

First, the Mayan Tun calendar can’t be neatly compared to our Gregorian calendar.  The fact is that the “end of the Mayan calendar” time has been taking place since the 1980s so we’re actually within the “ending” time and are still here to talk about it.

Second, and most important, newly discovered writings found in Guatemala reveal Mayan calendars which go well beyond 2012. Yes, there is one Mayan calendar that ends approximately December 21, 2012, but then another calendar period starts December 22, 2012.

Marcello Canuto, director of Tulane University’s Middle America Research Institute has been conducting archeological research in Guatemala since 2008 and was one of those who discovered the new writings.

“In times of crisis, the ancient Mayan used their calendar to promote continuity and stability rather than predict apocalypse,” says Canuto.

There are no prophecies predicting what will happen after this time of change.  So we are still at choice!  We can still create a future of continuity and stability.

“There is no scientific evidence that the end of the world is likely to occur in the next few years, but we must begin to change the systems we have put into place to live our lives.” Gregg Braden

The future will be determined by the choices we are making right now.

Where do we fit in?  When the earth speaks, are we listening?

This is an important time for us to move into listening to our intuition and letting go of past patterns which no longer serve us. Both individually and globally.

Sometimes it’s beneficial to reframe what is happening.

About 15 years ago, Bear Heart was running a purification lodge in Southern California when an earthquake took place.

My experience was that of being a baby in my mother’s arms as she rearranged herself to get more comfortable.  After the earthquake passed, that is exactly how Bear Heart described it: Mother Earth just readjusting herself.

I was fortunate enough to have been sitting in ceremony at the moment of that earthquake.   My takeaway from that experience is that if we are living our lives in a sacred, prayerful manner, we will be able to ride through these earth changes with ease.

How to Be Proactive

Remember the words of Buckminster Fuller:  “There are no passengers on planet earth.”  We all must be proactive:

Be grateful every day for what you have.  As I watch the Colorado fires consume home after home, I am so grateful that I still have a house.

“The Earth cleansing we’re experiencing right now is necessary for the protection of the planet. It is also necessary because the purpose of humanity here on Earth is for each of us to go to our highest level of consciousness and power, and then learn how to apply the knowledge we gain in the process.”  — Sun Bear