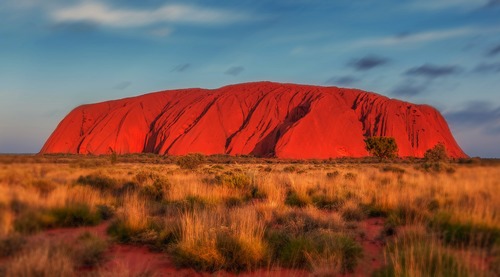 There is a spiritual war going on in the world today, and our future depends on how well we deal with it. What’s happening at Mauna Kea in Hawaii is a prime example of the problem.

So is Standing Rock, Native American land on which oil companies wanted to build a pipeline without Native permission.

And the desecration of Uluru in Australia by tourists for generations, even though it has been spiritual home to the Anangu tribes of Central Australia for 30,000 years. While tourists climb to the top of Uluru, the Anangu don’t.

Have you noticed all the sacred land being confiscated for use by corporations and oil companies?  It’s not just for them to make money fracking or drilling for oil, or putting up a telescope.

All this sacred land that is being confiscated and defiled has been cared for by indigenous peoples for time immorial.

The land is sacred because many of these locations are portals to allow celestial energies to come through and help us.  This is why indigenous people fight so hard to protect these lands.

By taking over the sacred lands, the corporations are shutting down the light and divine guidance coming to this planet.  We simply must not let that  happen.

Mauna Kea is the tallest mountain in Hawaii, and the tallest in the world if measured from the ocean bottom. It is sacred to Native Hawaiians, yet scientists want to build a telescope on it, which will desecrate the sacred land.

In late July, Hawaiian-born actor Jason Mamoa want to Mauna Kea in support of the Native Hawaiians.  I heard about it while listening to the radio. Two disc jockeys were making fun of the protest, saying the Hawaiians believed that ghosts lived there.

Their disrespect was heartbreaking.

So we’re not only up against greedy corporations, but ignorant lay people as well. Sadly, most people do not teach their children of the sanctity of the earth. And we’re all the worse off for it

Mauna Kea is among the most sacred sites in Hawaiian cosmology. It’s regarded as a shrine for worship, a home to the gods and the energetic essence of the Hawaii Islands.

Mauna Kea is also home to the largest aquifer in Hawaii, habitat for endangered planets and wildlife.

Astronomers want to build a Thirty Meter Telescope [aka TMT] to look back in time to the origins of the universe, where we came from.  Ironically, for such answers, they need look no further than the indigenous people, who consider Mauna Kea the House of Knowledge of everything up in the sky. It’s considered  the meeting point between the earth and the heavens.

Whether the state of Hawaii has clear title to Hawaiian lands is under dispute. The natives never relinquished their claims to 1.8 million acres of land. Remember, they were there first.

Hawaii was illegally annexed by the U.S. in 1893. For decades, speaking the Hawaiian language was punished, Native culture was suppressed and a large military presence was maintained on the islands. This is how all indigenous lands are stolen, including in North America and around the world.

The Protest at Mauna Kea

On the day telescope construction was set to start in July, 2019, 3000 protectors [called protestors by the police] closed the only access road for construction vehicles. They put up signs saying, “road closed due to desecration.”

The elders offered leis of peace to the police officers who turned their backs on them. Instead, the police carried away grandmothers who were protesting and are still in jail as of this writing.

“’No’ should have been enough because we are still here.”

One elder said, “I’m not against science… I’m against anything that destroys sacred land,  people’s cultures, thinking they can build in the name of science and in the name of corporations they have the right to do that.”

[note: the telescope is an 18 story project on 5 acres where building codes on Hawaii limit projects to a 5-story limit.]

“It’s not about a telescope or science – it’s about our sacred land. It’s a human right issue.  We are a real people with a real culture, history and language, religion. And we need to be recognized as such.  If it was in a different place, Hawaiians might be the most supportive of it. But it’s sacred land, it’s a fragile area with species that live there and nowhere else in the world. It’s where our sacred waters are.  These lands were never conceded to the USA; they were taken. We’ve never consented to the taking of our land. We’ve never consented to the building of the telescopes. We were told the first telescope built in 1968 would be the only telescope. Now there are 13. All were the ‘last telescope’.”

“There are other places astronomy can exist. There’s no other place for us.”

History of the Mauna Kea telescopes

In 1968, the Hawaii State Land Board issued a lease to the University of Hawaii to build a single observatory and the Mauna Kea Science Reserve was established. They went on to build 13 telescopes!

The newest and largest will be 18 stories tall and have a 5 acre footprint. Advocates say it will allow astronomers to detect far galaxies and extraterrestrial life. That’s nice, but at what cost to Native Hawaiians.

The project received final approval from the state to begin construction in July, despite strong opposition from Native Hawaiians who consider Mauna Kea to be sacred land. They describe it as the realm of the gods.

When the Board of Land and Natural Resources [BLNR] ruled in favor of the TMT in September 2017, it said it found no physical evidence of it affecting historic sites such as burial sites and altars because those sites are not in the direct vicinity. But that ruling didn’t account for the sanctity of the mountain to the Native Hawaiians, who appealed to the Hawaiian Supreme Court which ruled in favor of the TMT.

Construction of the TMT was scheduled to begin in July 2019. But 10-15,000 protectors have come to the mountain to block roads and stop the construction.

The Supreme Court of Hawaii ruled that the telescope doesn’t violate environmental laws.

But there is a higher spiritual law. This land is sacred to Native Hawaiians, it was their land first, after all, so that should end the discussion.

The Hawaiian constitution protects Native Hawaiians’ rights to practices related to cultural, religious and subsistence practices.  But the Board of Land and Natural Resources decided that the TMT doesn’t affect those practices.

It’s not their place to make that decision, and the Native Hawaiians disagree. The ruling reflects a lack of understanding of and recognition of indigenous people’s sacred sites, particularly the custom of not building on them.

Some Native Hawaiians consider Mauna Kea to be their living elder sibling, born of Wakea, the Sky Father, and Papahanaumok the earth Mother. The summit is also considered to be where the gods reside.

NASA’s Final Environmental Impact Statement determined that “the impact of past, present, and reasonably foreseeable future activities on cultural and biological resources is substantial, adverse, and significant.”

The Hawaiian Supreme Court adopted the BLNR’s argument that the 13 telescopes had created so much damage that one more project couldn’t make the problem worse, even though the TMT would be built on an untouched, pristine northern plateau of Mauna Kea. As dissenting Hawaii Supreme Court Justice Michael Wilson affirmed, such twisted logic “violates norms of environmental law.”

There is even an alternate site: La Palma in the Canary Islands, a prime alternative.

As a result of the protests, Gov. David Ige extended the construction start date by two years to Sept, 2021.

Why we need to respect Native sites

Megan U. Boyanton wrote in the Arizona Republic,

“In layman’s terms, Americans understand the holiness of hallowed ground. We know to act with the utmost respect in a Catholic cathedral, a Muslim mosque or a Jewish synagogue.

“The same rules should apply with the lands of native populations.

“The very earth is a place of worship, intertwined with age-old mythos. The soil, the sky, the water – these elements are pillars of indigenous beliefs.”

Some good news at Uluru

Uluru in Australia is a sacred site to First Australians who say climbing it is disrespectful and dangerous. Despite that warning, tourists have been climbing for decades.

But the good news is that it was permanently closed to climbers on October 26, 2019. It is now in the care of the Aboriginal people who can use it for their ceremonies and teachings to the young. Sometimes governments do listen to the native peoples.

You can sign a petition in support of stopping the desecration of Mauna Kea at: https://www.change.org/p/gordon-and-betty-moore-foundation-the-immediate-halt-to-the-construction-of-the-tmt-on-mauna-kea

‘Why protecting Mauna Kea in Hawai’I is a crucial fight for native rights.” Arizona Republic