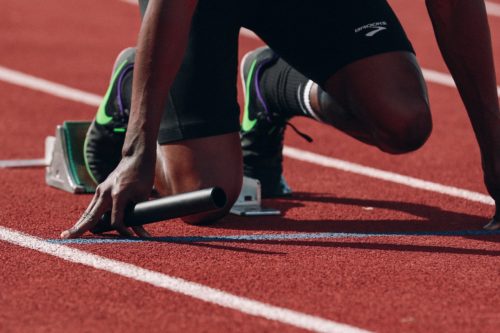 “Start before you’re ready” may be the best advice I’ve ever gotten.

As a child I was afraid to start any undertaking, for fear of doing or saying the wrong thing.

I think a lot of people can relate to that, and it causes us to be overly cautious about taking risks or starting work or projects that would make our hearts sing, if it weren’t for the fear.

“Do not fear mistakes. There are none.” ~ Miles Davis

We’re taught to be cautious and afraid, by parents who, in trying to protect us from disappointment, discourage us from pursuing our dreams.

From schools that grade us and humiliate us for not meeting their standards.

But taking risk is how we learn, grow and succeed.

Even as an adult, I tended to wait until the conditions were just right before undertaking a new endeavor.

But you know what? The conditions are never just right.

Here are some people who started before they were ready:

In developing their flying machine, the Wright Bros had to fly with five sets of spare parts because that’s how often they would crash each day. They had no money and paid for their dream with proceeds from their bicycle shop. No one, not even Orville or Wilbur, had a college degree.

But they had passion. And they succeeded. And our world was changed forever.

“Do one thing every day that scares you.” ~ Eleanor Roosevelt

The automobile was invented while it was against the law to drive, there were no roads sufficient for cars and no gas stations.

Guttenberg launched the printing press when only 8% of people in Europe could read.

Every great invention was by a visionary and maverick.

Richard Branson started Virgin Airlines when his flight to the Virgin Islands was cancelled. So he chartered a plane, sold tickets to all the other passengers who’d been booked on the cancelled flight, and an airline was born.

“Whatever you can do, or dream you can, begin it. Boldness has genius, power and magic in it.” ~ Goethe

Post-it notes were discovered by accident, after a failure in trying to create a super strong glue for the aerospace industry. In the 1960s a 3M researcher instead found a type of lightweight glue that is re-usable. That initial failure led to the ubiquitous post-it note as we know it today.

So even failures can be successes in the end.

“I’ve missed more than 9000 shots in my career. I’ve lost almost 300 games. 26 times I’ve been trusted to take the game winning shot and missed. I’ve failed over and over and over again in my life. And that is why I succeed.” ~ Michael Jordan

“A man would do nothing, if he waited until he could do it so well that no one would find fault with what he has done.” — Cardinal Newman

“Twenty years from now you will be more disappointed by the things you didn’t do than by the ones you did. So throw off the bowlines, sail away from the safe harbor, catch the trade winds in your sails. Explore. Dream. Discover.” — Mark Twain

“And the day came when the risk to remain tight in a bud was more painful than the risk it took to blossom.” — Anais Nin

“99 percent of success is built on failure.” — Charles Kettering

“If you are not willing to risk the unusual, you will have to settle for the ordinary.” Jim Rohn

“There is only one way to avoid criticism: do nothing, say nothing, and be nothing.” Aristotle

“You get what you settle for.” Thelma and Louise

“A ship in the harbor is safe, but that is not what ships are built for.” John A. Shedd

“It is never too late to be who you might have been.” George Eliot

“The best time to plant a tree was 20 years ago. The second best time is now.” Chinese proverb