The Need for Patience in Healing 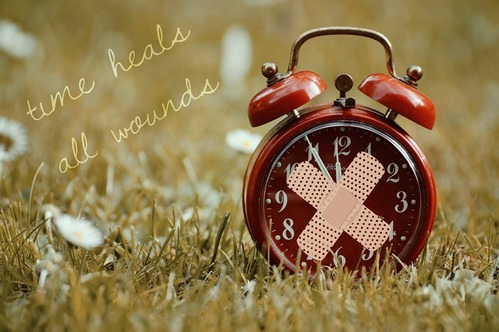 The June 2019 issue of England’s Spiritus Magazine published an article I wrote about the need for patience in healing.   And in a previous podcast, I conducted an interview with Spiritual Healing practitioner David Karg which explains more on what Spiritual Healing, also known as energy healing, is. I hope you enjoy this article:

When I first started on my spiritual path decades ago, I discovered the I Ching and consulted it frequently.  But eventually I felt it had run its course because I almost always drew the same message: “perseverance furthers.”

Yet I never forgot that message, and it has helped me navigate many journeys through life: stick with it, hold the vision, and persist.

The other maxim I live by is this: “Miracles are natural. It is when they do not occur that something has gone wrong.” – A Course in Miracles

In my studies with my Native American teacher Bear Heart, a traditionally trained “medicine man” of the Muskogee Creek Tribe, I observed and heard of remarkable cures. So I’ve come to believe that there is always a solution. Always.

These two maxims are also important for Spiritual Healing.

Many clients come to me hoping for a quick fix, a one-stop miracle cure.   But while that can sometimes happen, it is more probable that a series of healings is what will show results.

It has been my experience that it can take four to six healing sessions before a client notices a shift in the condition for which they seek help. For that reason, on my website, I offer a discount if a client pre-pays for four healing sessions. It encourages them to commit.

Paul came to me in February 2017 with a host of health problems. He’d had two heart attacks and a triple bypass, and was also dealing with:

He was taking appropriate medication for all the above issues except the vision loss, because his doctors said nothing could be done about that. His health remained status quo, with no improvement.  The only real lifestyle change he’d made was giving up drinking.

The eye issue was of greatest concern to him. He could no longer read or drive, and could only see faces with peripheral vision.

He was diagnosed by an opthoneurologist as having had a stroke of the optic nerve in both eyes, which may have been the result of either diabetic eye disease or arterial blockage. They said the chance of his vision returning was next to nil.

Paul enjoyed our first healing session, and found it very relaxing, so he committed to three more.

A year and over twenty sessions later, he has regained his eyesight and the artery that was 50% blocked cleared with no allopathic intervention. He did also take a supplement for eye health [Baush & Lomb Areds2 ] that was recommended by his chiropractor.

His medical doctors are amazed at his progress.

Here is the progression of his improvement:

February 2017: On his second visit, he reported that he felt a more positive attitude after our first session.

March 2017: By his third session, he’d noticed a slight improvement in his vision, and was able to make out more of people’s faces. Also, his platelets had increased so he was able to have surgery on his blocked right carotid artery, which was 97% blocked at the time. His left carotid artery was approaching 50% blockage.

May 2017: At his thirteenth session, he reported he’d gone to a retina specialist who felt he’d basically had a stroke of his retina and was not likely to regain his sight. But what Paul said to me was: “I never take no for an answer.”

September 2017: As of his twenty-first session, seven months after he started receiving healing, he could see well enough to drive his car to my office, with his wife in the passenger seat. Up until now, she had driven him to all of our sessions.

October 2017: By his twenty-second session: he drove to my office by himself. A day to celebrate!

November 2017: Paul reported he’d seen his surgeon for a checkup and she was astounded at his improvement. Aside from his vision returning, his left artery was clear, after having been 50% blocked at his last checkup. She asked what he had done and he just smiled.

Paul continues his healing sessions with me, feeling that we’ve now taken care of the big challenges, let’s take care of the rest!

I have never worked with one client for such a long period of time and I’m thrilled with the progress that is possible with Spiritual Healing, particularly when the client is so committed to their own healing process.

It also reiterates to me that healing is a partnership between the healer and the client, working together to improve outcomes.

It’s important to note that results cannot be guaranteed, but healing is likely to help the client in some way, even if only to relax. To learn more about Spiritual Healing, or book a session, visit MollyLarkin.com