How Love Can Change Our World 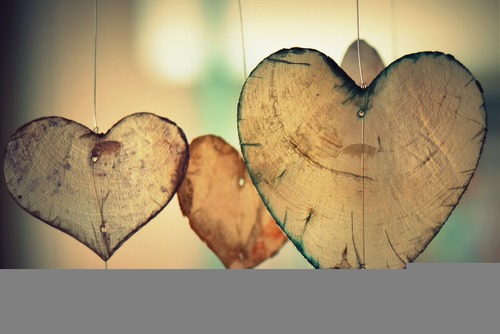 [quote]“An eye for an eye only ends up making the whole world blind.”  Mahatma Gandhi[/quote]

Any life coach will tell you not to watch the news because it will just bring you down.  Salesmen know not to watch it in the morning; it gets your day off to a bad start.  So I don’t follow the news closely, although I do scan headlines to have a general idea of what’s going on in the world.

But in the past 24 hours some things came to my attention I couldn’t ignore.  I watched Eve Ensler’s riveting talk on TED.com in which she spoke of the atrocities against women in warring third world countries.  Then I saw George Clooney’s film, “Three Kings” which, under the guise of entertainment, made a powerful statement about atrocities against the people of Iraq by Saddam’s Royal Guard.

There’s so much more, but I don’t need to list it all; we all are aware of the inhumanity going on around the world.  The question is: what’s to be done about it?

The awareness of such horror brings out the warrior in me.  I see myself intervening and killing the monsters who commit such horrid acts against the innocent.  But would I really?  These are things one can’t know until faced with the situation.

I do have a warrior side.  Years ago, when accosted by a man with a knife on the beach in California, I actually scared him off.

Long before that, when a roommate started screaming from a nightmare in the middle of the night, I ran toward her room, not away.

And I was a card carrying member of the Xena Warrior Princess fan club.

So it was easy to spend 30 seconds fantasizing about eliminating the perpetrators of the acts described by Ensler and Clooney.

But would I?  And, more importantly, would that stop it from happening elsewhere all over the world?

Hearing of these atrocities evokes in all of us a feeling of helplessness.  What can we possibly do from so far away?  Yes, we can write letters and send money, but there must be more.

I prayed about this, and went deep in meditation to seek an answer from my Wisdom Teachers and got one.  It was to love the people who commit the atrocities.  Raising the vibration on the planet is the most effective way to stop the insanity. And sending out love is the highest vibration there is.

HOW TO MAKE A DIFFERENCE

Quantum physicists have proven what indigenous people have always known: everything on the earth is inter-related and connected by an invisible field of energy.  It is simply called, “The Field.”   What we think, do or say impacts not just those around us but goes out into the energy field surrounding our planet.

A concrete example can be found in the 1993 study in which 4,000 meditators from the Transcendental Meditation organization were brought to Washington, D.C. to meditate twice a day during the hot summer months, when the violent crime rate is normally highest. At the time, Washington, D.C. was the murder capitol of the U.S.

By the last week of the peer-reviewed study, violent crime was reduced 23%, with all other possible factors ruled out.  [An abstract of the study can be found at: http://www.pnyv.org/]  The theory is that group meditation increases coherence and reduces stress in the collective consciousness of the surrounding area.  This study has been successfully repeated in cities around the world.

The moral of this message?  Positive energy is more powerful than negative.  There is a collective consciousness, or vast energy field, that we are a part of, and contribute to, whether we know it or not.  Everything we do matters.

We may not be able to physically go to all the places in the world where there is suffering in order to bring relief, but we can raise our consciousness to effect world-wide change:

Easy?  Perhaps not.  But I truly believe the future of planet earth depends on it.

And that, I think, is the best way to manifest love and celebrate St. Valentine’s Day.

[quote]“Be the change you want to see in the world.”  Mahatma Gandhi[/quote]

Holiday shopping made easy! Books, books and more books!
Summer Solstice 2021: Freedom!
For Mother’s Day
Reincarnation: Do you believe you’ve lived before?
Time to Welcome Spring!
Winter Solstice 2020: the time of luminous consciousness
Holiday Shopping? Done!
Thank you for being! A Thanksgiving Prayer